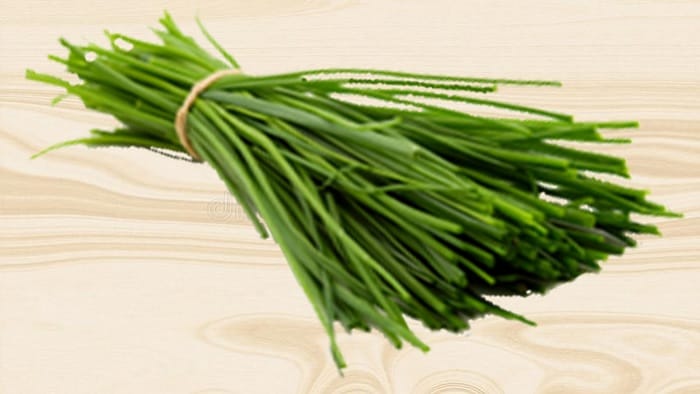 Since chives have a milder flavor, they make a perfect addition to seafood dishes, omelets, soups, dishes, mashed or baked potatoes, and many more.  With so many uses, you’re quite sure to run out of this delicate herb occasionally. In such a scenario, you can easily use a simple chive substitute to continue with your recipe.

In this article, I’ll bring home to you a couple of good replacements for fresh chives. Of course, a few simple and common ingredients found in every kitchen are my choice of substitutes.

CONTENT
What are Chives?
What do chives taste like?
How are chives used in cooking?
Are chives and green onions the same?
5 Best Chives Substitutes
The Bottom Line

Let’s first dig into some basic details chives before we go on to discuss the replacements for it.

Chive, the scientific name Allium schoenoprasum, is a species of flowering plant in the family Amaryllidaceae.  This edible herb is cultivated all around the globe and a very common ingredient in cooking.

Other familiar herbs that belong to its family are onions, garlic, scallion, leek, shallot, and Chinese onion.

Chives have long grass-like narrow leaves when they are harvested. Chives do flower with a purple bulb, but mostly they are plucked before blooming.

You can eat chives either fresh or frozen. Don’t dry chives out for they’ll completely lose their flavor after drying.  Store it in your fridge or freezer to retain the freshness and flavor of this herb.

Chives have a mild onion flavor that does not dominate your dishes.  Moreover, they are gentle on your taste buds without the harshness of other punchy herbs. Their mild flavor makes it comfortable for even your kids to much them. They are versatile and don’t have the pungent odor and peppery notes common to most types of onions.

Note, add chives to your recipes towards the end of cooking time. The flavor of chives doesn’t hold up well to high heat at lengthy cooking.

Their mild flavor makes them wonderful for toppings or garnish.

How are chives used in cooking?

Chopped chive stems are often used as a garnish; they taste great on just about anything. Chives taste best in savory dishes.

The bright green-colored appearance of chives brings in a beautiful visual appearance to your dishes, a fancier functional garnish indeed.

Pronged cooking on high flames can make them wilt away, so add them to your dish towards the end of cooking.

The blossoms of chive are also edible and they have a mildly oniony, garlicky flavor. The blossoms are often used as a garnish, or you can sauté them. Chive butter is made with chopped-up purple blossoms or by infusing them in vinegar. Make chive blossom aioli by warming them up in olive oil and then cooling it at room temperature.

Are chives and green onions the same?

Chives are not the same as green onions but can be used interchangeably in many recipes. Flavor-wise, chives are milder than green onions and this must be kept in mind while substituting one for the other.

Chives are skinny, long, solid green, and tender, whereas green onions have thicker stems that are white towards the bottom and green at the top.

Both have oniony flavor but they vary a lot in appearance and texture, also used differently in cooking.

If you’re in pinch and need a quick substitute, chives are among the comparatively easier herbs to replace.

I have pinned down for you a few good substitutes for chives that are worth trying. All of them are replacements for fresh chives with similar taste and freshness.

My choice of a perfect chives substitute is none other than Scallions. This herb, also known as spring onions or green onions, is a close relative of chives. A scallion is made up of white and long green stalks that resemble chives.

They are greenish like the chives and provide the same texture and appearance when used for garnishing.

Scallions have a mild flavor of onions but are slightly stronger than chives. For this reason, while using scallions to replace chives, use them in less quantity. Also, add them to the earlier part of cooking.

The white and the green parts of scallion stalks are used in recipes and eaten both raw and cooked.  To your advantage, you can use scallions in almost all recipes in which you use chives.

Leeks look like large scallions. These are large green-topped onions with a milder flavor of onions, but stronger than chives. In addition, it resembles the chives with almost similar appearance and texture.

In its raw state, the vegetable is crunchy and firm. It works great in cold-weather dishes for its wonderful sweet and peppery flavor that warms up your body.

In place of chives use thinly sliced leeks in salad, soups, and savory dishes. Besides, it’s possible to use this herb instead of chives to garnish your dishes.

Importantly, leeks have a stronger flavor than chives, use it in moderation. If you wish, soak the leeks in iced water for one hour before use to reduce its strong flavor.

The shallot belongs to the onion family and is typically a botanical variety or cultivar group of the species Allium cepa.

The flavor of shallot is more delicate and less abrasive than that of onion.

Sliced or minced shallots are excellent for seasoning dishes. In Indian recipes, it’s an indispensable part of stir-fried dishes. Good for adding a pop of sharp acidity to dishes like soups, stews, and savories.

Under necessity, shallots are a worthy substitute for chives. Add them in small quantities to your dishes.

Ramsons, also known as bärlauch or wild garlic, are a bulbous perennial flowering plant in the amaryllis family Amaryllidaceae. It’s a wild relative of onions.

The herb appears more like tarragon than onion or chives. The garlicky flavor of ramsons is making this herb a worthy replacement for chives.

Use it in rissoles, salads, soups, stews, pestos, and anything you would normally use garlic or chives in.

For garnishing your dishes, you can use thinly sliced wild garlic leaves in place of chives.

The onions and chives have a similar flavor but not in appearance. In your dishes, you can use them interchangeably.

However, the white part of onion stalks has a stronger onion flavor and is suitable for long cooking.  This portion of the onion stalk works best as a base for soups, sauces, and stir-fries.

Use about one tablespoon of chopped onion in place of three tablespoons of chives.

It’s easy to find a chives substitute as most herbs in the onion family has a similar flavor.  Scallions and leeks are my top two alternatives to chives.

By all means, you should choose the replacement ingredients according to the flavor profile and texture of your dish.

What to use in place of parsley?

What can I use instead of cilantro in salsa?

What is a good substitute for a fennel bulb?

Is there a substitute for epazote?