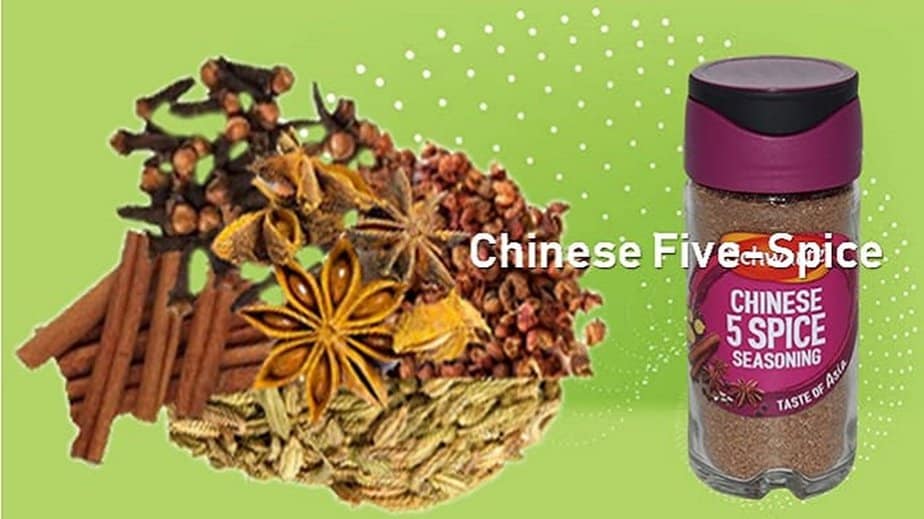 If you’re in a pinch, it becomes necessary to substitute one ingredient for another in your recipe.

Your search for a good Chinese 5-spice substitute ends here. In this article, I’ve got a list of alternatives worth using.

When you use a different ingredient in your recipe, both the taste and texture of your dish may slightly vary. So, choose the right replacement according to the desired flavor of your recipe.

What Is Chinese Five-Spice Powder?

Chinese five-spice powder is a ground spice mixture mostly used in Chinese and Vietnamese cooking. It combines all five elements of Chinese cuisine.

If you have tasted Uyghur cuisine, then you know how delicious the dishes are when prepared with properly blended 5-spice powder.

The flavor of this spice mix varies depending on the region. Some home chefs may alter the ingredients to suit their taste preferences.

The Uyghur five-spice powder is the most popular among the many wide varieties; it is the benchmark five-spice mix.

Use it in moderation, as all the ingredients in it have a strong flavor and aroma that can otherwise overpower your recipe.

The main feature behind this ground spice mix is the incorporation of five elements of taste. It’s a mixture of key flavors like sour, sweet, salty, pungent, and bitter. On the contrary, there is nothing salty in the traditional five-spice blend.

The ingredients in five-spice encompass a balance of main flavors.

According to tradition and citations, the balance of flavor in this spice mix is based on the culinary philosophy of yin and yang. The five flavors of the spices refer to the five traditional Chinese elements.

Five-spice is traditionally used in a variety of Chinese and Vietnamese dishes. Nowadays, this spice blend is popular not only in China but also in other national cuisines throughout Asia.

Chinese five-spice can be used for seasoning meats and poultry, in marinades, or in spice rubs.

It goes well as a spice rub for all fatty meat and seafood in red-sauce cooking recipes. It’s a must-have ingredient in Cantonese roasted duck and a tasty addition to beef stew.

The aromatic quality of this spice blend works great for flavoring desserts.

In Vietnamese cooking, it’s used as a marinade for broiled chicken and bone soups. A five-spice powder mix adds depth and savoriness to sweet and savory dishes.

Besides cooking, clove and cinnamon in this spice mix have antiseptic and antioxidant capabilities. In Chinese traditional medicine, it is used to cure indigestion.

It isn’t hard to make a five-spice blend. Just combine cinnamon, clove, and Szechuan peppercorns along with anise and fennel. Use a spice or coffee grinder to grind them into a fine powder.

For making 25 grams of the five-spice blend, use:

Here are a few optional ingredients you may add to this spice blend:

You can increase or decrease any ingredient according to your taste preferences and the demands of the recipe.

Grind the ingredients in a spice grinder till they turn into a coarse powder. Store the spice mixture in an airtight spice jar and use it within 6 months for the best flavor.

Use the best quality ingredients when making your own 5-spice powder. It is an excellent substitute for the store-bought mixture.

It was a revelation for me to learn that “garam masala,” an Indian spice blend, is almost a replica of Chinese 5 spice powder except for the differences in a few minor ingredients.

Both of these spice blends contain fennel, cinnamon, and cloves in common. Garam masala typically uses black peppercorns rather than Sichuan peppercorns, but both of these ingredients have identical flavors.

Similarly, the ingredients of garam masala have extra items like caraway seeds and cardamom but don’t have anise seeds.

As a suggestion, while using garam masala as a replacement for 5-spice powder, add ground star anise in a proportional amount.

The most dominant flavor of 5-spice powder is that of Chinese cinnamon and star anise. If you are in a pinch, a blend of these two common spices can be used as a substitution for a Chinese five-spice blend. It’s a great option, especially when you don’t have all five ingredients in your pantry.

If you aren’t a fan of the bitterness of star anise, you may use allspice instead of it. This is a better option for sweet recipes.

Similarly, instead of cinnamon, it’s possible to use ginger or cassia.

Baharat is a spice mixture that gives Middle Eastern (mostly Lebanese) cooking its distinctive flavor. In Arab cooking, it’s equivalent to what garam masala is to Indian food or what five-spice is to Chinese cuisine.

Its chief ingredients include black pepper, coriander, paprika, cardamom, nutmeg, cumin, cloves, and cinnamon, among a few others.

Of course, baharat has more ingredients than five-spice powder and lacks star anise and Szechuan pepper. Even so, they have a similar flavor profile.

When you’ve run out of five-spice powder, baharat is a great substitute to keep your recipe on track. Use it in a 1:1 ratio as a replacement; use 1 teaspoon of the baharat mixture to replace 1 teaspoon of Chinese spice mix.

Za’atar is a Middle Eastern spice mixture with a nutty, citrusy flavor. The ingredients can vary depending on the region. The common ingredients are sesame seeds, sumac, oregano, thyme, and salt.

Most of the ingredients stay the same for both Za’atar and 5-spice. It’s possible to use them interchangeably in most recipes.

Za’atar is dominantly nutty in taste and has stronger flavors, so, use small amounts of it. Use ½ tablespoon of Za’atar to replace 1 tablespoon of Chinese five spice seasoning.

The Chinese five-spice blend is a quintessential part of several Chinese and Vietnamese recipes. If this spice mix is unavailable to you, use the same ingredients to prepare it at home.

Other options in place of five-spice powder are popular spice blends like garam masala or baharat spice blend. A blend of cinnamon and star anise can also be a good alternative for Chinese five-spices.