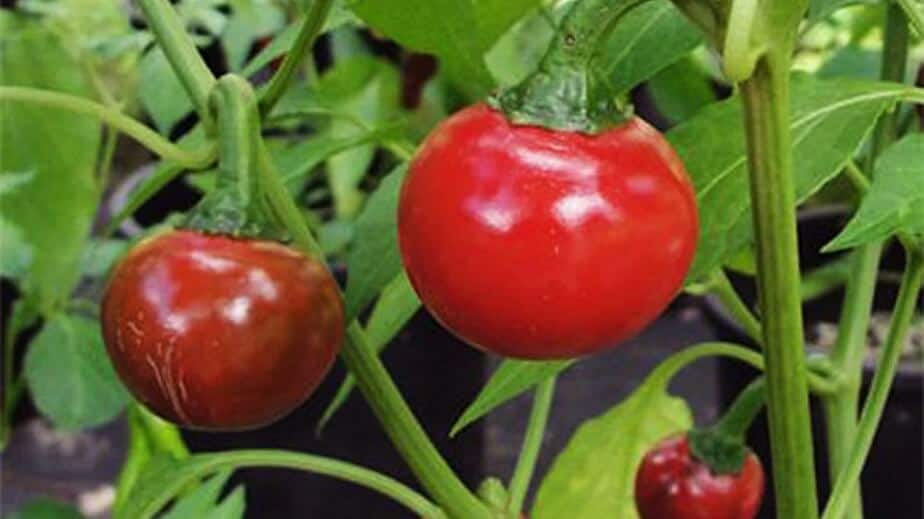 Cascabel pepper, called chile cascabel in Mexico, is well known for the delicious salsas they make. In fact, Cascabel Salsa, with tomato or tomatillo, is famed street food in Central Mexico; commonly served along with corn tortillas.

This article explores all important facts on Cascabel chili such as its origin, appearance, flavor, Scoville heat level, culinary uses, benefits, and substitutes.

What Are Cascabel Chiles?

The Cascabel chili, also known as the “rattle chili”, is on the Mirasol cultivars of the species Capsicum Annuum. The English translation of the Spanish word “Cascabel” is “little bell” or “sleigh bell” or “rattle”. This pepper is also known by the Spanish name “chile bola” which means “ball chili” in English.

This Mexican chili pepper is commonly identified by its “rattle” and “bell” sounds when dried pods are shaken, the sound made by the loose dry seeds within the pepper.

The chile is cultivated in many parts of Mexico like Jalisco, Guerrero, San Luis Potosi, and Coahuila. Both fresh and dried versions of the rattle chili are incorporated in several Mexican dishes.

Size-wise, they are plump, ball-like, and rather small chilies with a measure of 2-3 cm in diameter. As they mature, the pods change color from green to red to deep reddish-brown in color.

Usually, dried Cascabel peppers are available for buying in Mexican grocers, look for it in the spice section of the supermarket. However, fresh Cascabel is mostly available in its areas of cultivation. You can resource the dry chilies from e-commerce platforms like Amazon. Try to buy the seeds of Cascabel from an online heirloom seed seller and grow them in our garden.

How Hot Is Cascabel Pepper?

Cascabel peppers are classified as mild chilies that just add depth and warmth to a dish. On the Scoville scale, the heat level of the Cascabel ranges between 1,500 and 3,000 SHU. A typical Jalapeno pepper, at its average heat level (3,500 SHU), can be two times hotter than chile Cascabel. The chilies that come very close to their heat level are NuMex Big Jim, Sandia, Ancho Poblano, and Anaheim.  According to Scoville rating standards, chilies that fall below 15,000 SHU are considered mild peppers. 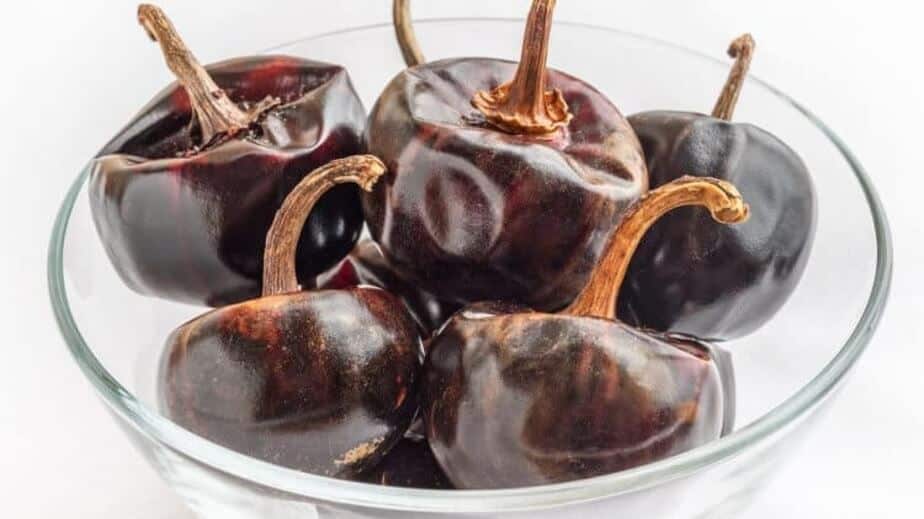 They are mild hot chilies with a subtle nutty flavor. In Cascabel, you’ll also notice distinctive undertones of earthy and smoky tastes. Taste-wise, they are a lot similar to chipotle and Morita peppers. The smokiness and mild heat of Cascabel chilies are a wonderful addition to stews, sauces, and salsas. They taste best when dried and made into chili flakes; fresh peppers aren’t that great.

Uses Of Cascabel Chiles In Cooking

Because of their nutty, smoky flavors and mild heat profile, Chile Cascabel is a good addition to many dishes, especially sauces, stews, and salsas. Let us look at their most popular uses in Mexican cooking.

Cascabel salsa is a very popular condiment served over the dishes like tamales and tacos. This chili also goes well with tomatillos by adding a pleasant heat and smokiness to the tangy flavor of the tomatoes. Most restaurants in Central Mexico have Cascabel-tomatillo as an important item on the menu.

Cascade chile is paired with árbol chiles, ancho, Guajillo, and pasilla negro along with achiote paste to make the marinade for tacos al pastor (a grilled pork-based taco).

The traditional Mexican soup Menudo Rojo is made with dried Cascabel in concert with cumin and garlic. The mild heat and smoky features of this pepper form the base for this tripe soup.

As for benefits, Cascabel chile peppers, both fresh and dried, are a good source of vitamin A and C; help to boost immunity and improve the functions of organs. They also contain fiber beneficial for gut health and iron that helps to develop protein hemoglobin.

Cascabel powder and chili paste are the best alternatives to fresh or dried Cascabel chiles. Obviously, they have the same flavor but they differ in consistency. They will not work in recipes that call for whole or sliced chilies.

If you want to consider other chilies then Guajillo chili is the closest substitute for Cascabel chile for they both have similar flavor and heat levels.

Another substitute option is the puya chilies which have an earthy and smoky flavor profile but are hotter than Chile Cascabel.  Arbol chilies despite being a hotter chili can be a good Cascabel pepper substitute for they have a similar flavor profile and uses in cooking.

For further reading, follow the link to find out all facts on Carmen Peppers on this blog.