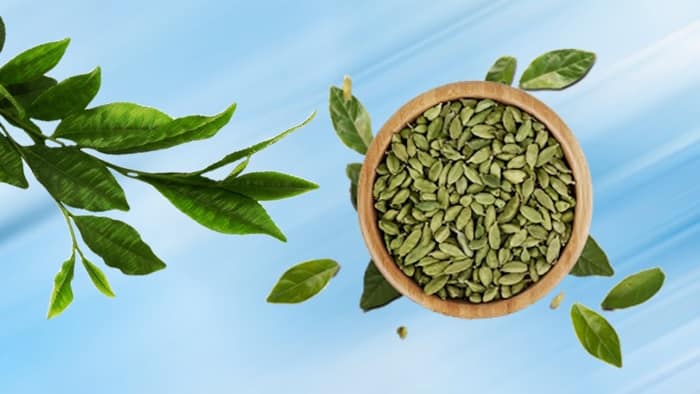 TABLE OF CONTENTS
What Is Cardamom?
Flavor Of Cardamom
How To Use Cardamom?
Best Cardamom Substitutes
Health Benefits Of Cardamom
The Bottom Line

Cardamom, also sometimes called cardamon or cardamum, is a spice made from the seeds of several plants in the genera Elettaria and Amomum in the family Zingiberaceae. They are native to Indonesia and the Indian sub-continent.

Cardamom is delicious, warm, and sweet in a way that pairs well with many savory dishes.  Perhaps, this is the most widely used spice in cooking throughout the world, from Indian to Mediterranean dishes.

It is one of the most expensive spices that can become scarce occasionally.  Finding a substitution for cardamom may become necessary for you when you don’t have it and your recipe calls for it.

It isn’t easy to replicate the unique flavor of cardamom with another spice but still, you can use a blend of other similar spices to achieve a similar effect.

In this article, you’ll find the best cardamom substitutes from some of the common ingredients that you might already have in your pantry.

It has a complex flavor with spicy, minty, citrusy notes. In addition, it has an earthy aroma that is truly appealing and appetizing. As the case may be, it’s more loved for its aroma than the taste.

Warning, the complex flavor and strong aroma of cardamom can overpower power other ingredients in your recipe if used in excess. For that matter, always use it in a pinch.

How To Use Cardamom?

Use cardamom in pods or ground form. Once grounded it quickly loses its aroma and flavor, so it’s best to grind the pods just before use.

Do you have to peel cardamom pods?

Use the whole pods with seeds inside but remove the skin/pod before serving or powder only the seeds for use. For health reasons, the pods cannot be used as a spice because they are extremely fibrous but still use for infusion.

Grind the cardamom seeds after removing the pods. Some prefer to grind both pods and seeds together though the pods don’t have any culinary benefits.  Use a spice or coffee grinder to grind it.

Approximately, six pods of cardamom are equivalent to one teaspoon of ground cardamom.

Cardamom has a complex flavor that is both spicy and floral while also rendering a herbal and citrus note.

Among the single spices, cinnamon, nutmeg, and allspice seem to have the closest similarity to the flavor of cardamom to some extent.

Using a combination of two or more spices is needed to mimic the complex taste of cardamom. But it’s almost impossible to obtain the same aroma of cardamom with substitution ingredients.

Here are some of the best combinations of spices that you can use as a substitution for cardamom.

A combination of cinnamon and cloves renders a taste that is very close to the flavor profile of cardamom.

The sweet woodiness of cinnamon and the deep astringent quality of cloves very well transfer most of the flavor notes of cardamom.

They’re both delicious, versatile, and can work well together in place of cardamom. The complex flavor of these two ingredients is a perfect match for cardamom.

This substitute mixture works best in savory dishes with meat or vegetables.

Replace one teaspoon of cardamom with ½ teaspoon each ground nutmeg and cinnamon.

Ginger, cinnamon, and cardamom belong to the same botanical family Zingiberaceae. They all have a warm, slightly pungent, and highly aromatic flavor.

Just like the cardamom, a mixture of ginger and cinnamon renders a flavorful blend of woody notes and warm spiciness.  This combination is an effective substitution for cardamom, especially in baked goods.

You can use ½ teaspoon each ground ginger and cinnamon as a swap for one teaspoon of cardamom.

Cinnamon sticks and cardamom pods are such good flavor friends that they’re often paired together in many recipes both savory and sweet. Perhaps, cinnamon has the best standalone resemblance to cardamom.

If you don’t have cardamom on hand, use cinnamon as a substitute. The woody citrusy notes of cinnamon with a pungent taste work well in place of cardamom.

Start using half a teaspoon of ground cinnamon for every one teaspoon of cardamom. If required add more cinnamon towards the end of cooking to adjust to your taste preferences.

Allspice is not the ideal substitute for cardamom yet a good choice when other substitutes like cinnamon or nutmeg are not available.

The complex flavor of allspice has some matching characteristics of cardamom.  It’s spicy and a little citrusy. It does add some of the cardamom flavors to your food.

Cardamom is an expensive spice but loaded with several health benefits.

According to various studies, some of the key benefits are:

A combination of nutmeg and cinnamon is the best cardamom substitute that I would recommend.  Also, you may use cinnamon and ginger/cloves mixture as an alternative.

Cinnamon is also a fantastic standalone replacement you can use for cardamom. Similarly, nutmeg and allspice also have a few identical qualities to cardamom.

What can I use instead of caraway seeds?

What works best in place of cumin?

What is Baharat Spice Mix?

Can cinnamon be a good substitute for apple pie spice?