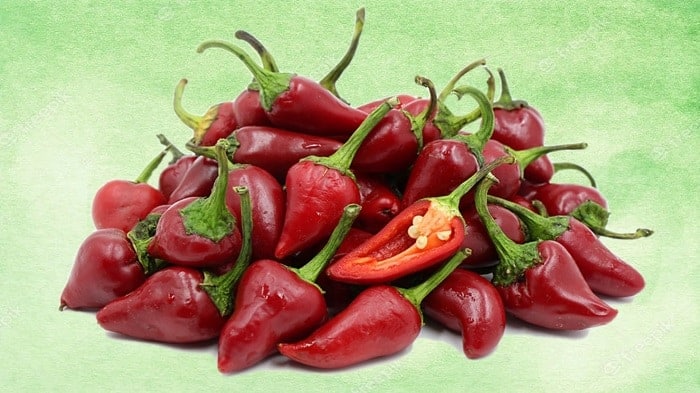 The Calabrian chili is a hot and bright red-colored Italian pepper. For spicy food lovers, this is a must-have hot pepper (ranges between 25,000 to 40,000 SHU) with a wonderful fruity tang.

Most of us crave the spiciness of food just the same way we crave something sweet, tart, or salty. Eating spicy chilies induce the pituitary gland and hypothalamus to release endorphins that trigger happy chemical that give you instant pleasure.

If you are fond of spicy chilies or new to the game, the Calabrian pepper is an absolute choice to make. Enjoy the heat and flavor of this chili that make your meal so exciting to the last bite.

What Is Calabrian Chili?

The Calabrian chili is one of the most commonly used peppers in Italian cooking. This chili is well known for its noteworthy combination of spicy, fruity, and salty flavors that are an awesome treat for your palate. This versatile pepper goes well with most recipes that call for hot chiles.

Botanically, Calabrian peppers belong to the Capsicum annuum species of chilies like cayenne or jalapeno. But this chili has a unique heat and flavor profile influenced by the specific growing conditions of the Calabria region, a sunny place with moderate summer rains. The distinguished flavor of the chili is also influenced by the acidity of the soil, organic and chemical fertilizers used, and climatic conditions.

The name “Calabrian” is attributed to the region where it is grown and harvested. Calabria is a region in Southern Italy. It is bordered by Basilicata to the north, the Gulf of Taranto to the east, the Ionian Sea to the south. This chili, also known as Calabria pepper, has its origin in Calabria, and this delicious and colorful pepper is a popular ingredient in Italian cooking.  While Calabria produces different varieties of pepper, the Calabrian chili is the signature pepper of the region. This chili provides a medium-level heat without overpowering the characteristic flavors of your recipe. In fact, Calabrian pepper enjoys an exotic status for many high-end restaurants and eateries take pride in compulsorily including this chili in their recipes.

What does it taste like? Heat levels of Calabrian pepper range between 25,000 and 40,000 Scoville Heat Units and come under the category of medium-hot chilies. Even after cooking the chili continues to retain its golden-red color and imparts a delicious fruity aroma that uplifts the flavors of the dish. Besides the medium heat, people love this chili for the smoky and fruity flavor that is highly satiating. Overall, this chili is fruity and smoky with a warming heat rather than an intense burn.

Calabrian pepper growing on overarching vines has a rusty dark red color. Usually, the chili is harvested when mature, for aged chilies are fruitier and tangier with intense spiciness.

They look like a typical chili with a conical, elongated body originating from the stalk of the plant and are relatively small. Dried Calabria peppers turn flat, wrinkled, and crunchy.

You’ll find a few varieties of Calabrian peppers with slight variations in color, flavor, and size. When broadly classified there are three main kinds: naso di cane (dog’s nose) which is cone-shaped, sigaretta which are skinny and pointy, and carasella (cherry pepper) which are round.

Local groceries sell them as either fresh or dried, but for export, they are packed in oil as whole or crushed. Often, this chili is dried and made into crushed chili flakes or powder as ready-to-use ingredients. 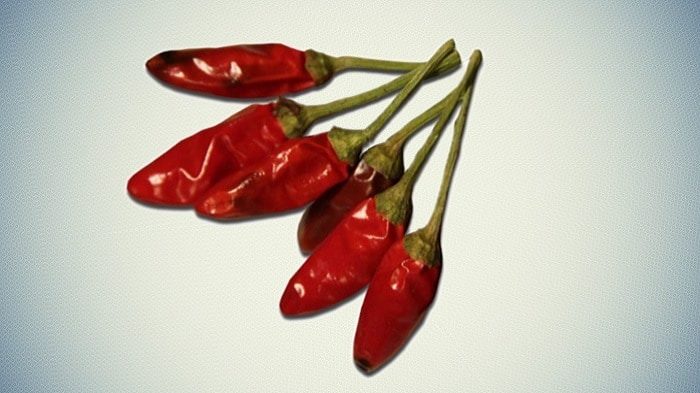 Calabrian pepper has several uses in Italian cooking; an important ingredient in all kinds of pizzas, pasta dishes, and pasta sauces for adding warmth and flavor. Often, this chili is used in sandwiches and salads to make them spicy and flavorful.

Calabria pepper pairs well with chocolate and cheese for light snacking, also, a nice addition to omelets and frittatas. Also, this chili is an important ingredient in several condiments and seasoning blends, especially in southern Italian cooking.

Being specific to Calabria, in Italy, it is hard to buy this chili outside the region, especially the garden-fresh chilies. However, there are online vendors and some supermarkets which sell Calabrian chili paste and Calabrian chili oil which are good substitutes for Calabrian chili, both fresh and dried. Or else, think of using other chilies with similar flavor profiles instead. Here are the 3 best substitutes to consider:

Serrano pepper, originating from Mexico, is quite similar to Jalapeno in appearance, but 3 to five times hotter. Serrano pepper is very common and easy to source. Serrano pepper, a medium heat level pepper, is a good alternative to Calabrian pepper. They both have similar levels of spiciness and heat.

Anaheim pepper from Anaheim in California is a good replacement for Calabrian pepper in terms of flavor and availability. The Anaheim is a very mild hot chili, only tipping the Scoville scale at around 500 to 2,500 Scoville heat units. Despite being not spicy, they have the fruity and smoky flavor of Calabrian chilies. As a substitute, you may want to use a larger quantity of Anaheim pepper in your recipe.

Where To Buy And How To Store?

It’s hard to get fresh Calabrian chili outside Italy and her neighboring countries in Europe. But there are many groceries and online shops that sell chilies packaged in oil or vinegar across the globe. They come as jarred products that can be whole chilies, crushed chilies, or sliced chilies. Also, Calabrian peppers are available in a dried and powdered form suitable for sprinkling over a dish like pizza or adding to spice blends. Outside Europe, a jar of preserved Calabrian chilies or its paste can run $10 to $20.

In most places outside Italy, Calabrian peppers are usually sold in jars, packed in oil or vinegar, and chilies in sealed bottles will keep for a year. Once the jar is opened, preserve the jars in the refrigerator where they will keep for 6 months. You can store the dried chilies in an airtight container in a cool, dark place for up to a year.

READ NEXT: Best Chili Paste Substitutes  and All About Filius Blue Pepper