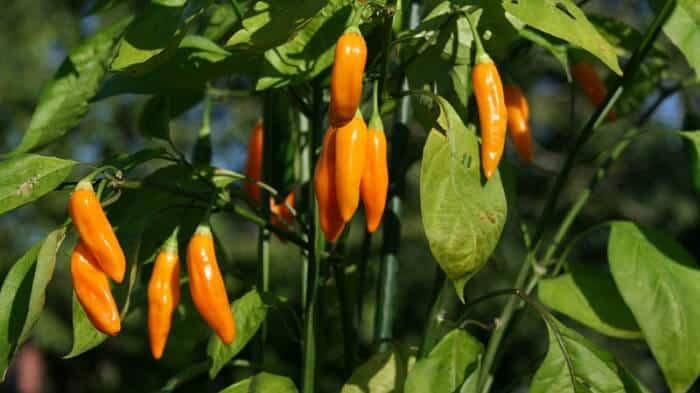 What is Aji Cito Pepper?

Aji Cito is a rare and unique chili from Peru and is exclusively used in Peruvian cooking though not so common. This flavorful chili is considered to be the hottest Capsicum baccatum pepper. It’s significantly hot but tastier than most other varieties of the Aji group of peppers. Ground or dried flakes of this pepper can instantly boost up your spicy dishes.

Aji Cito chili has its origin in Peru and was in existence for several millennia before the Spanish conquest in the 16th century. Perhaps, it was in use from the time of Andean and coastal ancient civilizations like Caral. Even today, this chili remains the specialty produce of Peru.

This chili plant grows big and darkly to about a meter high and more than a meter wide. Like other aji peppers, it is easy to grow in warm climates and has a long season; also a prolific producer. A single plant can produce hundreds of pods provided they get enough sunlight.

The pods are torpedo-shaped and are about 5 cm long and 1 cm wide. Initially, the pods are green but they transform into bright orange on maturing.

This chili is the hottest baccatum at a maximum of 100.000 SHU that was measured and officially acknowledged by the Chile Pepper Institute at New Mexico State University. Usually, its heat ranges between 80,000 to 100,000 SHU. Notably, most other varieties of aji pepper clock in between a mere 30,000 – 50,000 Scoville Heat Units. In comparison, it is as hot as Chiltepin pepper, Thai pepper, and Tabiche pepper which all have heat levels reaching up to 100,000 SHU. Aji Cito has a bean-like flavor with a good bit of citrusy notes. The lack of a strong fruity flavor makes this pepper noticeably different from other aji peppers.

The bean-flavored aji cito pepper is a wonderful addition to hot vegetable dishes. It packs enough punch to make any dish awfully hot. A combination of good heat and citrusy flavor makes this chili a wonderful addition to fish and chicken dishes. Both fresh and dried chilies are equally flavorful and go well with most hot dishes.

The fresh or frozen aji cito chilies can replace more traditional chilies in Mexican dishes that call for spicy chili. You can use the ground dried peppers as a part of chili powder or spice rub. The chili paste can be mixed into rice or sauces to make them instantly hot and spicy. Like other aji peppers, use it for preparing hot sauces, stews, or soups.