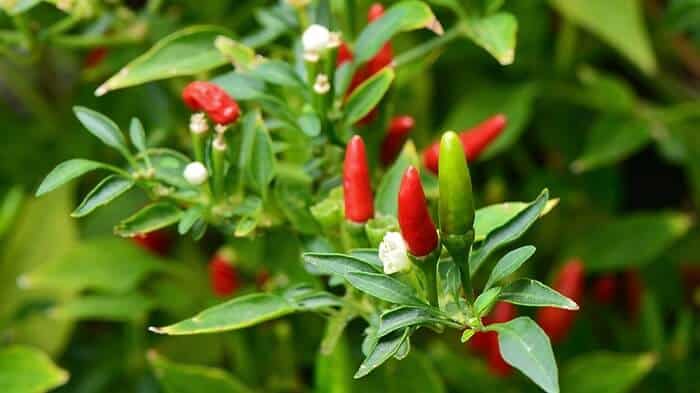 What Is Aji Caballero Pepper?

The Aji Caballero, also known as “gentleman pepper”, is a hot chili pepper from Puerto Rico. The Spanish words “Aji” means chili and “Caballero” means gentleman in English. It’s a very rare chili unknown to most of us and is mostly cultivated by small farmers in a few pockets of South America. This chili pepper belongs to the Capsicum frutescens species. Primarily, this hot chili forms the basis of a few Puerto Rican condiments, such as the Pique sauce.

Strangely, the Caballero chili stands vertically upright on the mother plant, unlike the other peppers that usually hang down from the branches. This capsicum plant grows approximately three to four feet in height and with several branches and twigs spread out 3 feet wide.

In about 90 days the Caballero chili plant begins to produce chilies in large numbers and the fruits are about 5 cm long with 2 cm in diameter. As the fruit grows it may turn a range of colors from green to gold and orange until finally maturing to a deep red. Indeed, it’s really attractive to see the plant with a mix of green, golden, orange, and red fruits. Often, many home gardeners nurture it as an ornamental potted plant or garden accent.

On the Scoville Scale, Aji Caballero clocks in at 30,000 Scoville Heat Units, making it one of the hottest chilies among the different varieties of Aji peppers. In comparison with the common Jalapeno pepper, which ranks average 5,000 SHU, has 5 to 10 times lower heat than Caballero. Its heat level is on par with other popular chilies such as Chile de Arbol, lemon drop pepper, and Manzano pepper.

Aji Caballero is a spicy chili with a mildly sweet and citrusy flavor. Flavor-wise, it isn’t as tasty as Aji Amarillo or Aji Dulce. However, its spicy flavor is excellent for making hot sauces and soups but not so great for regular dishes.

Use Of Aji Caballero In Cooking

Being a spicy aji pepper, it’s mostly used to make a spicy condiment in Puerto Rico called Pique. By the way, Pique is a Puerto Rican hot sauce commonly found at restaurants and roadside stands. Many Puerto Rican restaurants have a bottle of pique right on every table. Besides Caballero chilies, pique can be made with any spicy chilies.

Caballero chilies are traditionally not used in Puerto Rican cuisine and their use is mostly limited to making hot sauce, pickle, chili powder, or hot chili flakes. This pepper can also be used for flavoring salsa and soups for this chile can add a zesty kick to them.