An obese woman, who binged on carbs and sugary snacks, had an amazing weight loss success story of losing an incredible 150lbs in 16 months.

We have heard of stories and weight loss testimonials wherein the boyfriends have assisted their obese girlfriends in shedding weight and looking beautiful.

But here is a rarest of the rare incident. Shocking incident!!!

It is about an over-possessive boyfriend who intentionally persuaded his partner to become obese to the point of becoming sick and ugly-looking.

The boy did not want her to remain beautiful because he feared losing her.

We are talking about the unfortunate case of Christina Carter, a 28-year-old lovely woman from Dallas.

Daily she would heavily binge-eat fatty and high carbs foods to become obese, for it was what her ex-boyfriend demanded of her.

Carter, 5ft 5in tall, was weighing 275 pounds at one point. By then, she was totally depressed over her ugly look and unbearable heaviness of the body.

She was eagerly longing to get back to the healthy and beautiful figure she had before. When she talked to her boyfriend about plans to get a gastric sleeve surgery, he was furious.

Carter was totally frustrated, and she had no options except to lose weight as fast as she could. When she began to lose weight after the gastric sleeve surgery, her boyfriend could not bear to see her turning beautiful with a gorgeous look, and this finally led to the bitter separation between the two.

Separation from her boyfriend made her even more determined (ignited with a feeling of revenge) to lose weight. After 16 months, she reached her target weight of 125 lbs (that is 150lbs down). 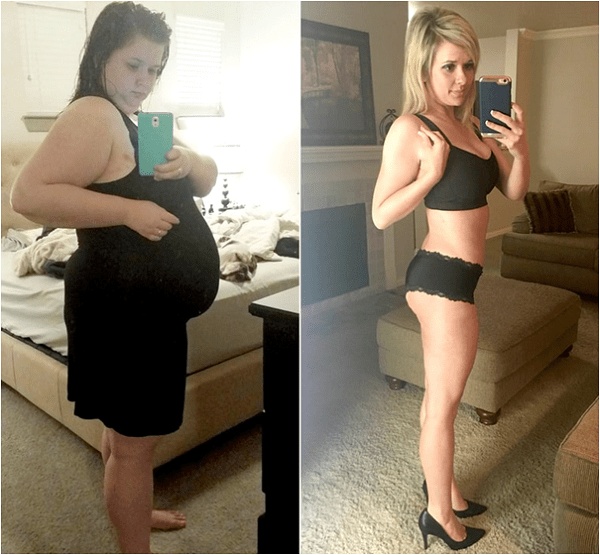 Carter’s physical transformation began with a gastric sleeve weight loss surgery initially. She lost 50 pounds after the surgery, however, within a few weeks after she started to gain weight again.

She took up workout sessions under a trainer at a small gym name Hero Training Center in Colleyville, Texas. The trainer put her in the right mindset to lose weight, and she followed the diet plan and workout sessions religiously.

She took up the ketogenic diet plan, which is high in fat and protein and low in carbohydrates.

Today, she has pitched her weight at 125 pounds, as a perfect BMI score for her stature. Currently, she teaches and guides hundreds of people to lose weight in the right way and maintain the same. Now she lives a healthy and happy life. 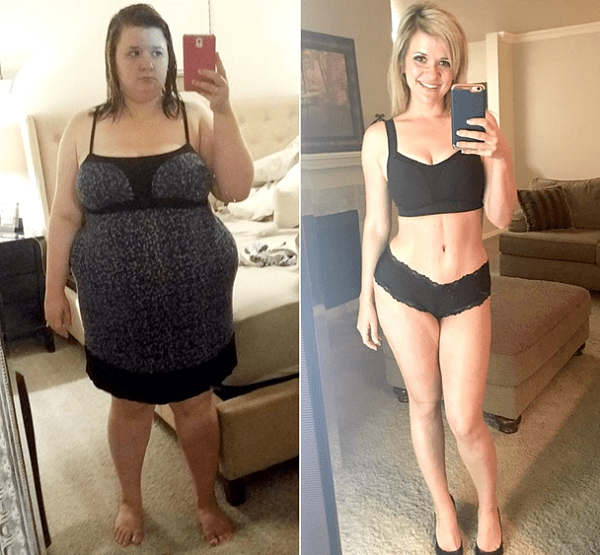 Don’t let anyone dictate what you can and can’t do with your life. Losing weight may appear an arduous task for many; however, it just requires determination and regular follow-up with the weight loss plan to succeed.

You can also be following in her footsteps to achieve things that will help you reach your goals. It is better to leave those who mistrust or hold you back for their personal satisfaction.

Picture And News Credit: Courtesy Of uproxx.com and dailymail.co.uk