A majority of us hardly know anything much about Vitamin K2 despite this vitamin being very crucial to our health.

Vitamin K2 is one of the most underrated and misunderstood nutrients by the scientific community and the general public till recently.

Currently, most of the nutrients’ researchers agree that Vitamin K2 is a “missing link” between several chronic diseases and diet.

What is Vitamin K?

We mostly know Vitamin K for its role in blood clotting and never understood the many other significant effects it has on our health.  The existence of Vitamin K1 and K2 is not even differentiated appropriately.

Vitamin K was discovered in 1929 as an essential nutrient for blood coagulation or blood clotting.


The name “K” is an abbreviation for the word Koagulationsvitamin, the name that was first given to the chemical substance that helped in blood clotting.

Vitamin K2 was discovered by legendary dentist Weston Price, who identified an unknown nutrient that protects against tooth decay and chronic diseases. Initially, he termed this unknown nutrient as Activator X, but later on, it came to be called Vitamin K2. 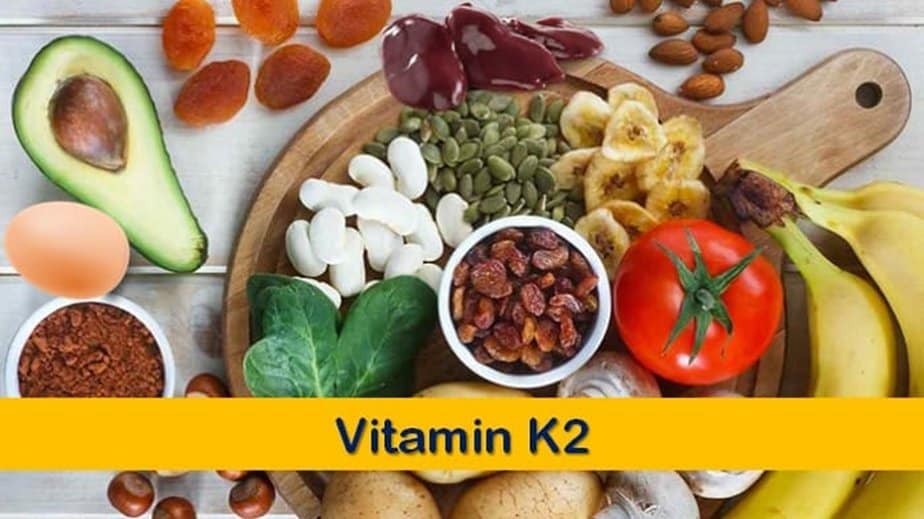 Vitamin K2 has a few different subtypes, but the most important ones are MK4 and MK7.[1]

Vitamin K1 and K2 have several functions that do not relate to each other. Most researchers support the idea that K1 and K2 are entirely two different vitamins.

It is interesting to note here that Vitamin K2 is needed for 17 different vitamin K-dependent proteins for their metabolism; several important functions and development of the body depend on the metabolism of these proteins.  This surprising fact is a clear indication for the medical and nutritional science experts to prioritize K2 as one of the most important vitamins to keep our body running smoothly.

Direct Effects of Vitamin K1 And K2 On Health

Deficiency in Vitamin K, especially the K2, results in poor health condition called “Calcium Paradox,” whereby very little calcium is utilized by the bones and teeth, resulting in weak bones and tooth decay, while excess calcium accumulates in the arteries, making them stiff and inelastic.[4,5]

Osteocalcin (bone gamma-carboxyglutamic acid-containing protein) is responsible for the growth of new dentin; this protein turns into calcified tissue underneath the enamel of teeth.[6,7]

It is Vitamin K2 that activates the osteocalcin protein that is needed for forming strong teeth and for bone metabolism.[8]  For this reason, K2 vitamin is considered to be vital for the development and maintenance of strong and healthy teeth.

However, this important role of K2 in the development teeth is based on the findings from animal studies, and there are no human studies to prove this fact to be true.

Vitamin K requires the help of Vitamins D and A to initiate bone metabolism.[9]

Vitamin K2 helps to reduce the occurrence of Osteoporosis, which is a common ‘bone weakness’ issue faced by elderly women in western countries.

Vitamin K2 activates the calcium-binding activity of two proteins called Matrix Gla protein and osteocalcin, which is essential for maintaining the strength of the bone.[10,11]

A 3-year trial study in 244 postmenopausal women found that woman who took Vitamin K2 supplement were able to maintain healthy levels of bone mineral density compared to those who did not ingest the supplement.

According to 7 different trial studies conducted in Japan, it was found that regular Vitamin K2 intake reduced bone fractures by 60-81%.[12]

One of the prime reason for heart diseases is the calcium build up in the arteries around the heart.[14]

Vitamin K2 has a proven effect in preventing calcium being deposited in the arteries surrounding the heart.[15]

According to the reports of a study, which had 16,057 women participants, it was found that those women who had sufficient daily intake of Vitamin K2 had the lowest risk of heart diseases.[16]

About 45mg of Vitamin K2 daily supplementation is the right dosage that can give the best health benefits.  However, Vitamin K1 intake did not show any specific benefit in reducing cardio-diseases.

Please note that these study reports are based on mere observational facts, and there is no guarantee that the findings are 100% correct in all cases.

A study recently published in the European Prospective Investigation into Cancer and Nutrition (EPIC) has come out with a beneficial discovery suggesting that Vitamin K2 can reduce the risk of prostate cancer by 63 percent.[17]

According to two clinical trial reports, Vitamin K2 supplementation is effective in reducing the recurrence of liver cancer. This vitamin can also delay or suppress the progress of liver cancer for a long period.[18]

The effectiveness of K2 vitamin in treating cancer promises great hope for future discoveries on cancer treatments. Currently, cancer disease has become the biggest killer disease in the world.

Vitamin K2 is chiefly found in fermented foods and animal foods, whereas Vitamin K1 is richly present in green vegetables and other plant foods.

There is a common misconception that human beings do not require the additional intake of Vitamin K2 diet and supplements since the body has the natural mechanism to convert Vitamin K1 into K2.

However, several recent studies do not agree with this misconception as this theory applies only to animals and not humans; and they recommend the daily intake of Vitamin K2 rich foods or diet supplementation.

The human body has only limited ability to convert K1 to K2. It is interesting to note here that Vitamin K1 is an amply present vitamin in most plant foods; 10 times higher than K2.

The gut bacteria in the large intestine contribute to the production of K2 in some amount.

However, certain antibiotics decrease the Vitamin K2 presence in the body.[19]

Best sources of Vitamin K2 are animal foods and fermented foods, which many people do not consume.

Dairy products, organ meats, and egg yolks usually have a good bit of K2 Vitamin in them.[20]

The following is a list of the foods highest in vitamin K2, as measured by the USDA:

The fermented foods such as sauerkraut, cheese and natto (a soy dish popular in Japan), contain a good bit of vitamin K2. Natto contains the highest concentration of K2 of any food measured; nearly all of it is present as MK-7, which highly beneficial to health.

Vitamin K2, in general, is a fat-soluble vitamin; for this reason, all high-fat animal foods have a good amount of this vitamin present in them.

If your diet does not include foods that contain this vitamin, it is good to choose supplementation option.

The Vitamin K2 is best absorbed by the body when it is taken in combination with Vitamin D; for both of these vitamins have synergistic effects.[20]

Previously Vitamin K2 was known only for its role in clotting blood. The importance of this vitamin was underestimated by medical authorities and the general public in the past.

However, new research and studies have expanded our understanding of the many important functions of this vitamin.

It is truly beneficial and important to make sure that your body gets about 40 mcg daily supply of Vitamin K2 through diet or supplementation. This vitamin matters a lot for the health of heart, bones, and teeth; this vitamin also helps to prevent certain types of cancer, heart ailments, bone and tooth decay, and many more.