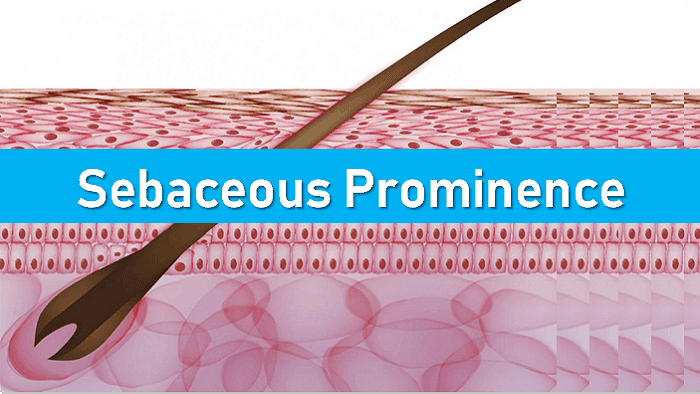 Sebaceous prominence is absolutely not contagious or harmful.

However, it is mentally disturbing and embarrassing to have white pimples or bumps in the genital area.

Some may even develop cacophobia (fear of ugliness) thinking of the concern and dislike it can invite from their sexual partner.

Others are afraid that their sexual partner may dislike them as the partner may believe that the sufferer has a sexually transmitted disease.

Many are seeking treatments for sebaceous prominence mostly those who have the intention of getting rid of the ugliness caused by the disease.

What Is Sebaceous Prominence?

Sebaceous Prominence is a skin condition that mostly occurs in men.

They are tiny-pimple-like eruptions around the base of the penis.

“They appear as small, painless, raised, pale, red or white spots or bumps 1 to 3 mm in diameter that may appear on the scrotum, the shaft of the penis or on the labia, as well as the inner surface (retromolar mucosa) and vermilion border of the lips of the face.”

The sufferer usually develops white pimples, dots, or granules on the skin.

The root of the condition is the sebaceous glands that are located in the epidermal layer of the skin; that is why this skin condition is called ‘sebaceous prominence.’ It can also occur on the penis and shaft.

It is also known as ‘penis pimples’ as this skin problem mostly occurs in the genital area of men.

Very few women do suffer from this skin condition, although it is rarely reported in women. 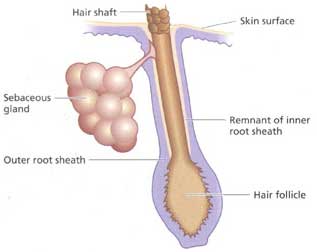 The main reason for sebaceous prominence is the overgrowth of sebaceous glands (4).

Sebaceous glands are tiny exocrine glands in the skin that secrete an oily or waxy matter, called sebum.

The oil produced by the sebaceous gland help to lubricate and waterproof the skin and hair of mammals.

This results in the appearance of pimples or white spots on the affected area; usually at the base of the penis and on the penis including the shaft.

Most people are not aware of the facts about penis pimples.

It is completely harmless with no inflammatory symptoms, unlike whiteheads and blackheads.

It is not contagious and does not spread to every part of the body.

This skin condition does not cause any problems like pain, itching, or inflammation.

There isn’t a need for any special treatments to overcome this skin condition as this does not cause any problem.

Sebaceous prominence can occur at any age, and once it occurs, it stays on for a considerably long period.

It may disappear on its own when the growth of sebaceous glands becomes normal.

It can occur in a nine-year-old boy or man over 60 years; can happen to anyone.

Contrary to the popular belief, there is no relation between sebaceous prominence and the sexual life or onset of puberty.

This skin condition is a result of the body’s natural process to manage the overgrowth of the sebaceous gland.

It is absolutely not related to any sexual disorders, illness, or infection.

The sufferer of this skin condition should not bother much about the issue. Too much botheration only brings down self-esteem and destroys the happy sexual life of the sufferer.

How To Identify Sebaceous Prominence?

It is easy to determine whether or not you are suffering from sebaceous prominence.

Look out for the flowing symptoms in the genital area:

It usually occurs on the base or shaft of the penis. The eruptions or spots appear white and in large numbers.

It appears like inflamed hair follicle glands but without hairs growing from them.  They do not produce pain or any irritation.

In some cases, the white pimples or spots caused by sebaceous prominence may become red or inflamed. This happens especially if the patient has tight-fitting innerwear, moisture accumulation, and humid conditions in the genital area.

If you are confused and unable to identify the sebaceous prominence bumps, then you should consult a dermatologist.

Sebaceous prominence is completely harmless and does not require any special treatment.

However, many of the sufferers of this condition find it difficult to mentally accept the appearance of white spots, bumps, lesions, and stains on the genital area.

Some even mistake penis pimples to be a sexually transmitted disease and their sexual partners also become paranoid of this issue.

Thus, many of the sufferers usually seek treatment for sebaceous prominence to avoid embarrassment and win over their partners.

Although the sebaceous prominence is caused by sebum oil glands like acne, both of them are entirely different. Common remedies and medicines used for acne and pimple won’t work for penis pimples.

Treatment for reducing the amount of sebum (grease) in the skin helps to reduce the appearance of ectopic sebaceous glands.

There are a couple of Anti-Sebum treatments specially designed to treat sebaceous prominence or Fordyce spots.

Most of these anti-sebum creams use a proprietary combination of retinoic acids and polyhydroxy acids to first disperse the sebum buildup under your Fordyce spots or sebaceous prominence.  It is intended to diminish the activity of sebum glands that cause skin bumps.

CO2 Laser therapy is another great option for removing bumps and spots. However, laser therapy is expensive, and in some cases, permanent scars may be formed after the treatment.

CO2 laser therapy may produce temporary results in getting rid of sebaceous prominence but the fresh pimples may erupt again after a few months of the treatment.

Herbal medicines and creams are also available for treating sebaceous prominence; they may be effective to some extent.

A healthy diet is important in managing sebaceous prominence.

Do not ever pick or forcefully break the penis pimples. It does not solve the issue instead it can cause infection and leave scar marks on the area.

Do not try to shave the eruptions off the surface of the skin with razors as this can cause infections, scars and make the bumps harder.

A hot compress will help in diminishing the pimples and whites spots. But it is a cumbersome process that needs to be repeated daily for a long period.

Doing baking soda scrub in the affected area can help in diminishing the pimples caused by sebaceous glands.

Sebaceous Prominence removal treatments may yield positive results but, there is no guarantee for a complete cure.

Sebaceous prominence does not have a permanent cure.

Doctors usually discourage the use of expensive treatments for penis pimples but instead encourage the patients to accept the conditions with confidence.