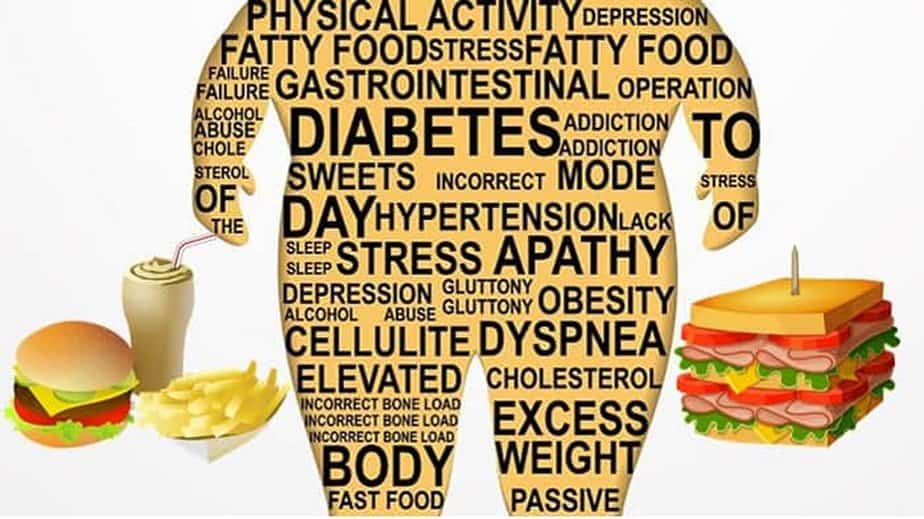 According to WHO estimates, over a million people die each year from diseases caused by obesity.

Some of the most significant killer diseases arising from obesity are dementia, stroke, cardiovascular disease, diabetes, cancer, and many more.

Most people think obesity has something to do with self-control and willpower. In other words, one should reign in one’s food habits to manage body weight.

This notion is not always accurate in every case of obesity.

Some individuals may become obese because of erratic eating behavior. The common understanding is that if we eat more than what our body requires, then obesity is sure to happen. So, the easy solution to obesity is to eat less and exercise more.

The complexity of human behavior does not allow one to follow many of these weight loss DOs and DON’Ts. Biological factors, hormones, neural circuits, and living circumstances design our eating behavior. The urge to eat is purely a natural process.

Psychologists say that solid willpower is required to overcome our erratic behavior. But the problem is our inability to develop “strong willpower.”

Even the person with the strongest willpower can falter when encountering continuous tendencies toward temptation from internal and external signals.

Many of our best intentions and determinations can fail due to solid temptations and an inner urge to gorge on delicious food. So it can be challenging to give up your favorite foods and do painful exercises to lose weight.

Besides food habits, several other reasons give rise to obesity problems. Let us briefly examine some of the primary reasons for obesity here.

Several studies and research on obesity have shown that children of obese parents are more likely to face obesity issues in their life as well.

Changes in food habits and lifestyles can alter genes to a

great extent. A person migrating from an underdeveloped county to an industrialized city may also take up the city people’s food habits, which may lead to obesity issues in that person.

Generally, people from African and Asian continents who took up the western diet quickly became more obese than otherwise. We are here trying to say sometimes individuals coming from less obese family backgrounds can also become obese through a change in food habits.

Children whose parents are overweight are more likely to be overweight themselves, but anyone can gain weight if they eat a lot of the junk food that is popular in the West.

Low metabolic rates, which determine a person’s shape and size, are primarily caused by their genes. Another prominent genetic influence on an individual is the high repertory quotient (RQ), which results in low-fat oxidation and lesser burning of fat. Many people become clumsy and have low spontaneous physical activity under substantial genetic influence.

Besides these, macro-environmental influences are an important reason that may make a person obese. There are small social and ethnic groups of people who have the customary practices of regular social facilitation. Most of these regular social get-togethers lead to overeating and drinking.

Junk foods flavored with chemicals that are bad for you are another big reason people are getting fat.

Junk food also contains preservatives that keep the food fresh for months and additive tastemakers. This artificially flavored food is intended to keep the person wanting to eat more of the same.

This artificially created food has chemical additives that make one “hooked” on this item for a long time.

Several people, especially women, and children, quickly become victims of aggressive marketing and advertisement to adopt a particular junk food as best for health and taste.

Some people eat many unhealthy foods because of the misleading claims propagated by the company promoting the product.

Many of the children who are addicted to these junk foods become obese at a very young age. Some parents also begin consuming junk foods that their children like.

Insulin is an essential hormone that manages the energy conversion and storage process, among several other functions.

The insulin hormone prompts the fat cells to store the fat and maintain the storage.

But unhealthy foods can damage the healthy functioning of the insulin hormone. Some individuals develop insulin resistance, leading to high insulin levels, making the fat cells store energy without making it available.

Irregularity in insulin function is a significant cause of obesity. Food containing a lot of carbohydrates is the devil because it increases insulin levels in the blood.

So, one must be conscious of taking the minimum carbohydrate-rich food to keep the insulin count healthy.

Some side effects of pharmaceutical drugs and medication procedures lead to excessive weight gain.

Some of these drugs directly influence the body’s hormones and brain. They also create digestive disorders and alter metabolism to promote unwanted weight gain.

6. Role Of Leptin Hormone On Obesity

A malfunctioning leptin system can cause obesity.

The leptin hormone informs the hypothalamus about the satiation level of food intake. In other words, it helps us control our eating when hunger is satisfied.

When the leptin hormone does not function properly, people continue to overeat, eventually leading to obesity.

Today, most houses, especially in the cities, have fully stacked refrigerators and kitchens with an excess amount of food.

Seeing a lot of readily available junk and ready-to-eat foods makes one eat even more and more, even when there is no hunger. Some begin to eat just for the pleasure of the lingering taste.

Junk food packets are easy and readily even when we step out of our homes. It promotes unwanted eating, which is a primary reason for most obesity issues.

The most crucial agent for weight gain is the excess intake of foods with added sugar. Excess sugar intake gradually and steadily damages the hormones and biochemistry of the body, which balance with body weight.

Added sugar mainly contains fructose and glucose, usually about 50% of both.

It is a proven fact that fructose is a significant threat to the healthy functioning of insulin in the body. It causes resistance to leptin and insulin, leading to massive fat storage and obesity. To control obesity issues from the start, avoid sugar-rich foods like wheat and items with added sugar.

9. Lack Of Awareness And Unethical Business Practices Leads To Obesity

Most people become obese because they are unaware of proper nutrition and diet.

Many people are least worried about the consequences of bad diets until they encounter serious health issues from obesity.

Most companies that make and sell food are only interested in making money, so they hide the terrible effects that junk foods have on people’s health.

Some companies even go one step further to influence food scientists working with major health organizations to cover up the actual negative impacts of some of the junk foods they manufacture.

Some world bodies and organizations working to ensure the quality of pharmaceutical drugs are bribed and influenced by profit-motivated drug manufacturing companies.

In general, government norms and regulations protect the interests of food and drug manufacturers.

As a result, most customers are unaware of the ill effects of the tasty food they consume daily. Some realize the mistake only when they are in the advanced stages of obesity.

It is easy to start losing weight with well-crafted weight-loss plans.

The best way to fight obesity is by making yourself aware of the bad food habits that will lead to obesity.

If you are already obese, you could follow diet plans with healthy foods to shed your weight naturally.

Each one must learn to exercise willful and forceful control over their urge to eat food thoughtlessly. The realization that the health of the body is more important than the taste of food will help many avoid obesity issues.

The ability and wishful efforts of the individual to always eat only healthy food will free the individual from obesity. It would help if you made the necessary lifestyle changes rather than allowing the unpleasant obesity problems to take control of you.

An individual’s irresponsibility towards one’s health often leads to obesity and excessive weight gain. If you are perennially looking only for the palatable pleasure of junk foods, then you are doomed to face the unwanted health hazards of life sooner than you expect.

The way our foods and society have been engineered is one of many essential factors that must be fixed to reverse this global problem.

The idea that it is all caused by a lack of willpower is what the food companies want us to believe so that they can continue their unethical marketing in peace.

To get rid of obesity, educate yourself on healthy nutrition and diet. Adopt a healthy lifestyle before it is too late.