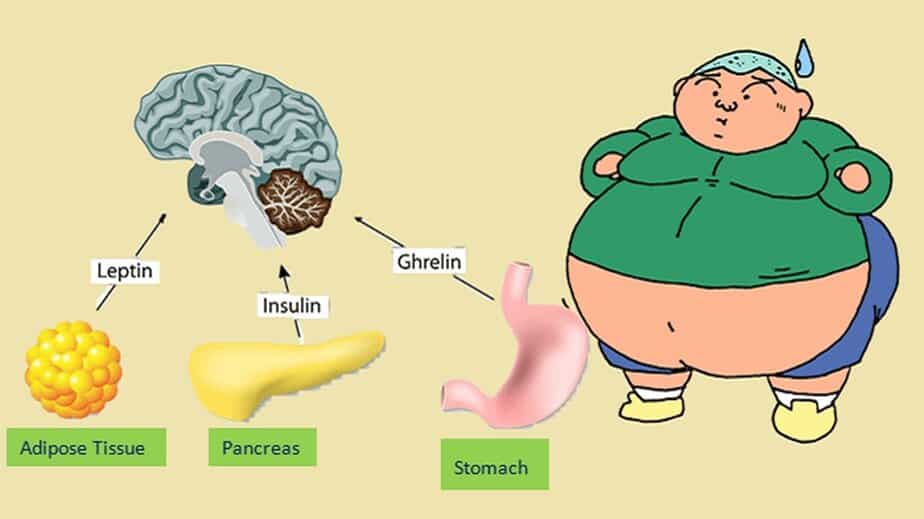 Numerous factors contribute to obesity. Overeating and a lack of physical activity are the leading causes of obesity.

But overeating and not being active enough aren’t the main reasons for weight gain. Instead, it results from how the body works and hormonal imbalances.

The two critical hormones that directly impact weight gain or loss are leptin and insulin. Our appetite, metabolism, and fat distribution in the body are controlled by these two hormones, as well as the sex and growth hormones.

Because these hormones don’t work as they should, they cause a metabolic disorder that makes people put on more and more body weight.

Exercises aim to burn fat deposits into energy and build lean muscle mass. So-called “controlled eating” or “dieting” is meant to keep the body from getting more carbs and unhealthy fats to stop it from getting fatter.

Hormones are chemical messengers that affect many different processes in the human body.

The unhealthy foods we eat can disrupt the healthy functioning and production of hormones.

If a person has gluttonous eating habits and an insatiable appetite, the main culprit is hormones—even clumsiness and laziness set in with changes in hormone levels.

It is strange to note that the fatter we are, the greater the tendency to eat more.

Let’s look at some of the most important hormones that can be causes of hormonal weight gain.

It is the fat cells in the body that secrete leptin.

If the fat storage is already sufficient for bodily functioning, leptin will act on a specific brain center to inhibit hunger feelings, and vice versa.

It also alerts the body cells to store or not store fat according to the body’s energy requirements.

The more fat is stored in the body, the more leptin is produced by the fat cells and released into the bloodstream. That is to say that fatty people have higher secretions of leptin, which should make them feel less hungry and eat less.

However, obesity is caused when this hormone’s flow and signals to the brain are blocked or not sensed by the brain.

Because of the communication gap created between the brain and leptin, the former is unaware of the massive fat storage that already exists in the body. Thus the brain keeps on generating a feeling of appetite. This situation is called ‘leptin resistance,’ which is the primary reason for weight gain and related diseases.

People with leptin resistance can’t control their hunger pangs, and it’s almost impossible for them to diet or skip meals.

Many reasons lead to leptin resistance, and the best way to overcome the syndrome is to eliminate the conditions that cause it.

Insulin is a hormone produced by the pancreas that regulates carbohydrate absorption and fat metabolism.

It’s the second important hormone that contributes a lot to obesity issues in people.

If the body has more insulin than usual, it puts more pressure on the cells to store more fat, even if they already have enough fat.

In most cases with obese people, this hormone becomes inactive in inducing the body cells to absorb the glucose from the bloodstream, which results in a rise in blood sugar levels. This situation where the insulin fails to function is typically called “insulin resistance.”

This results in high insulin levels in the body, a condition known as hyperinsulinemia.

Many studies have also indicated the significant role this hormone plays in creating leptin resistance syndrome.

It’s a necessary hormone that regulates metabolic processes in body cells. But, insulin resistance syndrome increases the unused insulin to a very high level, causing havoc in the body.

One of the main factors leading to the development of insulin resistance is the overconsumption of fructose (from added sugars and corn syrups). To avoid metabolic disorders caused by this condition, you should avoid packaged juices and soft drinks with a lot of fructose.

Insulin imbalance is crucial, as it can lead to weight gain and eventually, type 2 diabetes. 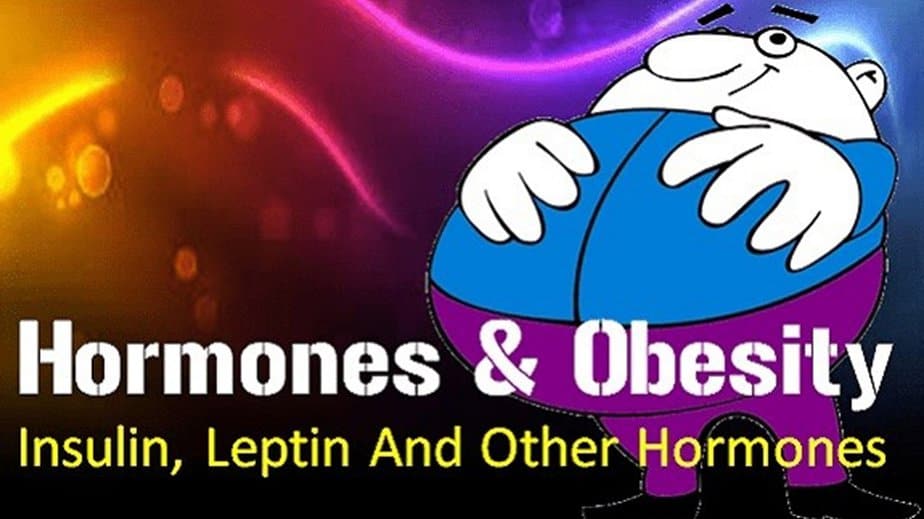 Another factor that causes obesity is the distribution of fat in the body, which is primarily controlled by hormones.

Everybody knows that belly fat is a crucial indicator of “metabolic syndrome,” which eventually leads to high blood sugar levels, blood pressure, and triglycerides.

Estrogens and androgens are primarily responsible for how fat is distributed in the body.

Oestrogen is a sex hormone that contains a cluster of three other hormones: oestriol, oestradiol, and oestrone. They together control the reproductive activities and sexual behaviors of women.

Men and postmenopausal women produce estrogen in their body fat rather than in their testes (testicles) or ovaries. Estrogen levels that are too high or too low can cause weight gain. Fat accumulation in the abdominal area almost becomes a requirement for producing estrogen.

This is one of the reasons why younger people have the slightest chance of developing belly fat storage, unlike older people.

Weight gain in women is caused by a reduction or cessation of estrogen hormone production in the ovaries, resulting in particularly increased belly fat storage.

Some studies have conclusively shown that fat cells’ accelerated estrogen production in the body increases the risk of breast cancer in older women.

The human growth hormone (HGH), also known as somatotropin or somatropin, is a peptide hormone that helps in body growth, cell reproduction, and regeneration.

Typically, HGH is produced by the somatotropic cells in the pituitary glands. Nowadays, HGH supplements are used by many adults to increase the levels of growth hormones in the body, which the FDA does not approve for many possible side effects.

Besides helping build bones and muscles, the growth hormone plays a vital role in balancing the body’s sugar and fat metabolism levels.

Lack of growth hormones leads to the underutilization of the carbohydrates and proteins we eat, which will be stored as fat in the body cells. As we’ve already discussed, obesity problems get worse as more and more fat builds up and is regularly stored.

Studies have shown that people with normal health (not obese) have healthy levels of growth hormone in their bodies, which maintains lower fat deposits in their bodies.

The adrenal glands produce the steroid hormone cortisol, which is mainly released during stress, depression, anxiety, rage, and physical injury.

Energy levels and energy production are regulated by cortisol. However, high amounts of it can cause hyperinsulinemia, an increase in visceral fat deposition, and fat cell maturation, which might result in weight gain.

This hormone causes an increase in energy and heart rate when under stress.

High cortisol levels may be caused by several lifestyle choices, such as insufficient sleep, ongoing stress, and eating many high-glycemic meals.

T3, T4, and calcitonin are the three hormones that the thyroid gland produces. Together, they control various processes, including growth, sleep, heart rate, metabolism, and brain development.

But occasionally, the thyroid doesn’t generate enough of these hormones, which can cause hypothyroidism.

Constipation, exhaustion, melancholy, a slow heartbeat, and other symptoms of hypothyroidism are also present. The hormone deficit, however, causes your metabolism to slow, which is associated with weight gain.

Leptin and ghrelin are fundamentally antagonistic hormones. Your hypothalamus receives a signal from the hunger hormone, telling it that your stomach is empty and that you need to eat. Its primary purpose is to stimulate hunger.

Ghrelin levels are often highest before meals and lowest afterward.

Studies show that obese individuals have lower ghrelin levels yet are more susceptible to its effects. This sensitivity could result in binge eating.

Almost all of the functions in the body are directed and controlled by the different hormone chemicals secreted by different organs in our body. Hormones are also messengers to the brain, which coordinates all body functions.

Leptin, insulin, thyroid, cortisol, ghrelin, estrogens, and HGH, are essential when it comes to many people’s problems with being overweight.

To control weight gain, hormone replacement therapy (HRT) is administered to boost the levels of hormones lost during menopause.