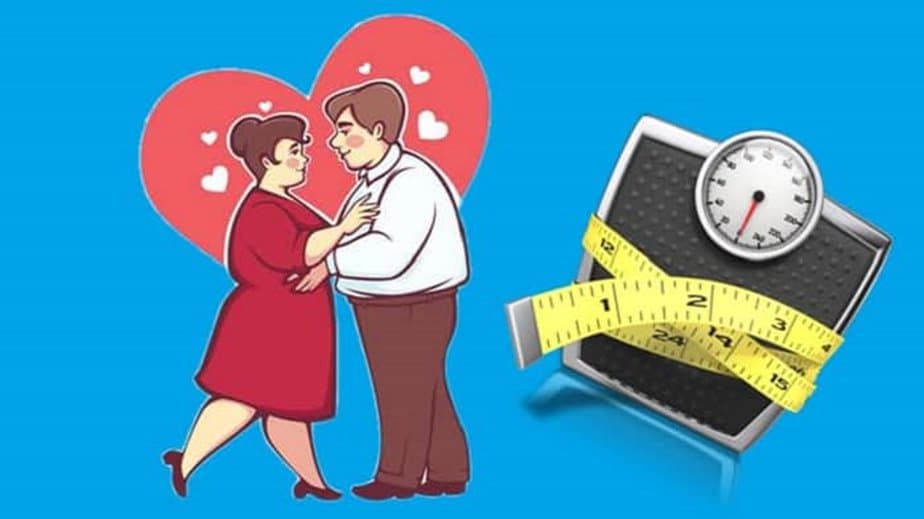 High-fat and high-calorie foods have always been condemned to be the reason for obesity. But there are other strange reasons that can also contribute to obesity.

According to one of the recent surveys carried out by a UK-based diet and nutrition company called Forza, falling in love can make you fat; couples in long-term intense love and romance put on 4lbs extra per year.

Lee Smith, the managing director of Forza, said: “Falling in love is the most wonderful thing in the world. But once the first flushes of love pass many couples do settle into a comfort zone, and that can lead to them letting themselves go – with predictable results for both”.

However, the survey indicated this phenomenon to be true in couples in a relationship over 3 years or more.

Only a small percentage of couples become obese in the initial years of relationship and bonding. According to the survey, 18% of the couples did gain significant weight during the honeymoon period when their love blossomed to the full.

More than three years of bonding and intimacy puts the couple in a perfect ‘comfort zone’ in married life; 54% of the couples experience steady weight gain from this period on.

Another significant finding of the survey was the identical weight gain pattern in happy couples. Two-thirds of the couples put on weight simultaneously; because the husband and wife shared the same food habits and lifestyles.

Men are found to be easily influenced by the weight gain trend of the partner; weight gain in women’s partners is quickly replicated in men.

Most women (54%) surveyed had said their own weight gain had influenced their partner to gain weight at equal footing. Whereas, just 28% of the men felt that their weight gain had a significant influence on their better halves to put on pounds.

Couples In Love Have Better Success With Weight Loss Plan

Couples in love are prone to obesity as they are in a comfort zone conducive to weight gain. However, they have better success in losing weight together just like they had gained weight together.

About 56% of the couples who were surveyed said they always followed the same weight loss diet and achieved the targeted weight loss together at the same time.

Interestingly, the motivation to lose weight was much higher among couples in love than others. According to the survey, 61% of them said it was easier for them to lose weight because their partner too was accompanying them with the same diet and workouts.

The weight loss result from dieting is much higher when couples are fasting together.  It works on the same psychological principle- a problem shared is a problem halved.

Can Toxic Relationships Become A Source Of Your Weight Gain?

According to Will Aguila, M.D., a toxic relationship is one of the leading causes of chronic anxiety that promotes overeating in men and women.

According to one study in the Journal of Family Issues, it is reported, “men who gained weight were more likely to report marital problems than men who lost weight.”

The guilt and animosity feeling in people arising out of a broken relationship escalates anxiety and depression in them. Most people take up overeating and having alcoholic drinks as an escape route to get out of such a situation.

A broken love relationship between the couple is a serious impediment to losing weight.

Couples who share deep bonds of love and companionship for a long period are in a higher comfort zone of life. They tend to share diets preferred by either of the partners, and they usually eat more than others do.

The weight gain is one of them often reflects the same in the other half as they both share the same foods and lifestyle.

However, combined efforts made by lovebirds to lose weight are more productive than others.