Drug and alcohol testing is a mandatory formality for most job applicants.

Surprisingly, there are job consultancies and specialized clinics which do good business in screening tests for alcohol and drugs.

Occasionally, employees have to undergo alcohol or drugs test in the workplace in accordance with the state laws and company policies.

You can find several types of employment-related drug and alcohol tests conducted by employers. These tests aim to verify the possible presence of drugs or alcohol in your system.  Common tests include testing urine, blood, hair, breathe, saliva, nail or sweat.

CONTENTS hide
Necessary Situations of Drug or Alcohol Screening
Types Of Alcohol And Drug Tests
What Is Wrong With Drug Testing?

When do companies conduct Drug or Alcohol screening?

Post-Accident (determine the cause of the accident)

Return-to-Duty (after a long leave or rehabilitation treatment)

Other types of testing (include voluntary, probationary, pre-promotion and return-after-illness testing)

Let us have a look at in detail the key occasions in which drug tests employers use to screen employees and applicants.

1. Alcohol and Drug Screening During Recruitment

When do employers use drug or alcohol test?  During the pre-employment selection process, you may have to undergo drug screening.

Most companies have a mandatory process of drug screening in compliance with the existing state laws. Please note that drug testing laws for employees are different from state to state.

Established companies have well-set criteria for drug-testing of job applicants. They do not differentiate the applicants; screens all or none.

Companies do not want to have drug or alcohol abusers on the payroll.

For this reason, most companies have framed policies that necessitate screening job applicants for drug abuse.  Importantly, the company policy of testing for drug or alcohol use follows the state laws.

Companies have set policies in dealing with substance abuse by employees in the workplace. These policies follow the norms enshrined in federal and state laws on such matters.

The employer has the right to ban the use of alcohol or drugs in the workplace. The employees may have to undergo drug tests when demanded by the company. Employees engaging in illegal drug abuse may get warned or sacked from the organization.

However, federal and state laws may protect dismissed employees for reasons such as discrimination and disabilities.

Types Of Alcohol And Drug Tests

Alcohol and drug can be detected in your system by testing different specimens from your body. These specimens are breath, urine, saliva, blood, nail, and hair.

A blood drug test is a commonly used drug screening method for new job applicants or employees. The blood test can detect the amount of drugs or alcohol in the blood. This works best within 36 hours after the use of alcohol or drug.

A blood test can typically detect the illegal use of amphetamines, cocaine, methamphetamines, marijuana, nicotine, opiates, and alcohol.

Testing a urine sample for illegal use of alcohol or drugs is a usual screening test for job applicants or employees.

Usually, the abused substances like methamphetamines, cocaine, marijuana, amphetamines, nicotine, opiates, and alcohol can be screened in a urine test.

Most of the organizations have a mandatory urine test analysis in the pre-employment s selection process. Companies may also randomly conduct a urine test for drugs among regular employees as well.

Hair tests give the longest window of drug use. It can detect a history of drug abuse up to 90 days depending on the length of the hair.

It identifies past use than the current impairment. Besides drugs, alcohol can also be detected in a hair follicle drug test.

A hair test can easily detect the chronic substance abuse history of the person for the past 3 months. This test can detect the presence of opiates, methamphetamine, marijuana, cocaine, and phencyclidine.

Mostly, the breath test is for the detection of alcohol abuse. A Breathalyzer, a type of breath testing device, measures the alcohol content present in the breath and indicates blood alcohol concentration (BAC).

A saliva or mouth swab test involves the collection of oral fluid and the detection of alcohol/drug metabolites present in it.

The saliva test can indicate substance or alcohol abuse for up to one to two days.

Saliva is easy to collect and test, so this is one of the least invasive types of drug testing. It is quite widely utilized in job applicants screening or random drug tests for employees.

What Is Wrong With Drug Testing?

The practice of workplace drug testing has been in existence for many decades.  Unfortunately, it remains a controversial issue for many businesses or organizations.

Without a doubt, the drug screening test for employees has both advantages and disadvantages. Let us look at some of the disadvantages of such tests.

Most employees in an organization right-minded people with healthy lifestyle habits. Mass drug screening violates the privacy of the majority of responsible employees.

Drug tests do not always give accurate results.

Past surveys into the testing labs have shown substantial error rates from poor quality control.  Mass drug screening tests are prone to errors because of the hectic workload on the testing professionals.

‘False positives’ from drug test means that many workers will be falsely accused of drug abuse.

Some of the drug tests are ineffective and unsafe at improving workplace safety and productivity via drug screening. Studies suggest that drug-positive workers are just as reliable as others. 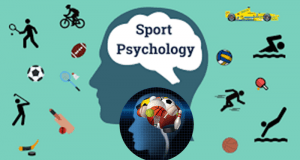