Attaining motherhood is the greatest fulfillment in the life of every woman.

And the pregnancy period is the most delicate and careful time in the life of a woman. Every woman wants her going to be born a child to be healthy and cute.

The unborn child in the womb also is very delicate, and the foods that the mother eats have a direct impact on the life and health of the child.

So, it is important to know what foods to avoid during pregnancy.

The mother needs to pay a lot of careful attention to what she should and shouldn’t eat during pregnancy.

Great care to be given for a healthy diet during pregnancy and the same or, even more, attention to be given to the foods to avoid when pregnant.

In this article, you can read about 12 commonly used foods that are NOT to be consumed by a pregnant woman.

Most pregnant women have misunderstood the idea of eating a lot of calorie-rich foods in excess as they think they need to eat for two persons.’

A woman is becoming obese or overweight during the pregnancy period adversely affects the health of both mother and child. They can face an increased risk of health complications such as diabetes, miscarriage, pre-eclampsia, blood clots, and death.

There is also the increased possibility of a ‘future child’ becoming obese during the childhood period itself.

For a generally healthy woman, in the first trimester of pregnancy, the calories intake per day could be limited to 1800 calories. Then increase the intake by 400 and 200 calories per day in the second and third trimester of the pregnancy respectively.

However, the pregnant woman who is already obese or overweight, at the time of conception, should reduce the calorie intake per day, but avoid dieting.

Together with the right amount of calorie intake, it is also necessary to ensure that all essential nutrients rich foods in increased amounts are consumed by the woman.

It is good to consult a professional dietitian to decide the right amount of calories per day required according to the body weight and lifestyle of the pregnant woman. The harmful bacteria like Campylobacter, E. coli, Listeria, and Salmonella, could be possibly present in unpasteurized dairy products and juices.

The unborn baby in the womb could easily get infected with these bacteria that can produce even life-threatening consequences to the baby.

Even the fruit juices can get infected with these bacteria through contamination during harvesting, transporting, and storage. The fruits in storage or with damage/rot could also carry these bacteria.

3. Vitamin A And Organ Meats

Normally organ meat is considered to be very healthy as they contain a lot of Vitamin A and important nutrients good for health, but they are NOT good for the pregnant woman.

It is not healthy for pregnant women to consume organ meats because of the Vitamin A and high copper levels present in them. Vitamin A received from animal food sources can produce toxic effects on the body. Vitamin A and copper can cause toxicity that may lead to birth defects and liver toxicity in the child.

It is also good to avoid high-dose multivitamins and fish liver oil supplements that contain Vitamin A.

4. Pregnant Women Should Not Eat Raw Or Processed Meat

The undercooked, raw or smoked, and stored meat could be sheltering several harmful bacteria like Salmonella, Listeria, Toxoplasma, and E. coli.

These bacteria are dangerous to the health of the unborn baby, and they may lead to stillbirth or develop other health disorders in the baby like blindness, epilepsy, mental retardation, or neurological problems.

These bacteria could be present in the deep layers of the meat piece. Meat should be cooked fully to get rid of these bacteria.

It is also good to avoid eating hot dogs, deli meat, and lunch meat as they could be easily be infected with any of these harmful bacteria while processing or during storage.

5. Certain Types of Fish Are Not Good For Expecting Mothers

Most fish are healthy and safe for consumption by a woman in pregnancy.

However, there are a few varieties like Shark, Swordfish, King Mackerel, and Tuna that do contain toxic mercury elements. The expecting mothers should avoid These fish verities.

Mercury is toxic, and even a little amount of mercury consumed by the pregnant woman can affect the health of the baby.

The higher amount of mercury can adversely affect the immune system, kidneys, and nervous system.

Any type of fish found in polluted water and large fish that live in the seawater with industrial waste usually accumulates a high amount of mercury in their body.

Pregnant women should avoid high-mercury fish OR eat not more than 1 or 2 servings per month.

Raw fish is bad for health as it could contain diseases causing bacteria like Listeria, Vibrio, Salmonella, norovirus, and other harmful parasites.

Listeria infections are very common among pregnant women as their particular health condition is suitable for their infectious effects to happen.

7. Raw Eggs Should Be Avoided By Woman In Pregnancy

Salmonella bacteria are often present in raw eggs.  When infected with this bacteria, the mother will show symptoms like stomach cramps, nausea, vomiting, and diarrhea.

In the extreme cases of this infection, the woman might experience cramps in the uterus that may result in stillbirth or premature birth.

The pregnant woman must be very careful in avoiding raw eggs and all foods containing this as an ingredient like salad dressing, ice creams, poached eggs, scrambled eggs, and others.

They should eat only completely boiled or cooked eggs.

Bisphenol-A is an industrial chemical used to make hard plastics and liners of many canned foods and drinks, including plastic water bottles and ice-cream containers.

Foods and drinks that come packed in the hard plastic made of this chemical could have some elements of BPA in them.

This chemical mimics estrogen and could harm the brain and reproductive development in fetuses, infants, and children.

In 2012, Food and Drug Administration banned the sale of baby bottles that contain bisphenol A (BPA), but this chemical is still commonly used in the production of the most type of plastic bottles and jars used to serve or pack various foods and drinks.

A small level of exposure to BPA is not harmful to adult human beings.

The pregnant woman should avoid foods packed or served in BPA-rich plastic containers for the safety of the unborn child. 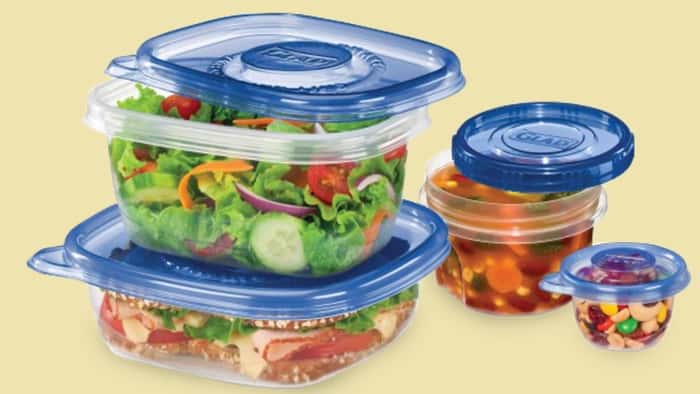 9. Certain Types of Raw Vegetables And Unwashed Raw Foods Need To Be Avoided By Pregnant Women

Salmonella is one of the infectious bacteria that is commonly found in raw sprouts like clover, radish, mung bean sprouts, and alfalfa.

Pregnant women should avoid eating raw sprout seeds as they could be easily infected with Salmonella.

In the same way, it is not healthy for the woman in pregnancy to eat unwashed and unpeeled vegetables, and fruits as their unclean surfaces will be lodging several harmful bacteria.

Bacteria like Salmonella, E. coli, Toxoplasma, and Listeria, are very much present in most soils, and vegetables and fruits can get contaminated with these bacteria in many ways.

These bacteria are very harmful to both mother and most importantly to the unborn baby.

Infants commonly get infected with Toxoplasma while still in the womb, and it could remain suppressed in the child for many years even after birth. But later on, the dormant Toxoplasma becomes active and can cause blindness and intellectual disabilities.[30]

10. Junk Foods Are Not Healthy Expecting Mothers And Fetus

Junk foods void of essential nutrients and vitamins are bad for the health of the pregnant woman and baby.

A pregnant woman indeed needs to have an increased intake of calories (300-500 extra calories) in the second and third trimesters of pregnancy.

However, she should be eating only whole-grain foods to meet the calorie requirement of the body besides healthy vegetables’ and fruits.

Junk foods contain an excessive amount of empty calories from sugar and added fat. This makes the pregnant woman become overweight and may lead to the development of type-2 diabetes and heart diseases.

The mother becoming obese during pregnancy can also lead to complications related to childbirth and having an obese child. The caffeine, usually present in beverages like coffee, tea, cocoa, and soft drinks, is not all that fine for pregnant women.

She should be couscous not to have more than 200 mg of caffeine (2–3 cups of coffee) intake per day, but it is best if she can go without the caffeine intake at all.

As the fetus does not have the main enzyme needed to metabolize caffeine, it can lead to high levels of caffeine buildup in the unborn baby.

The other side effects of caffeine on an unborn baby are poor fetal growth and the risk of low birth weight at delivery.

12. Alcohol Is Bad For The Fetus

As per all medical suggestions, a pregnant woman should stay away from alcoholic drinks for the better health of the baby.  Not even red wine consumption is considered healthy during this period.

Alcoholic drinks increase the chances of miscarriage and stillbirth, and can adversely affect the brain development of the child.

Another biggest danger with alcohol consumption by a pregnant woman is the increased risk of fetal alcohol syndrome. This can lead to deformities, heart diseases, and retarded growth of the brain. I hope, it is clear now what food to avoid during pregnancy.  During the nine months of pregnancy, the mother should make every effort to avoid all those types of foods we have discussed above.

Of course, there are exceptions to everything. Even the foods we consider safe could already be contaminated before we purchased them. The contamination of the foods could happen during the time of harvesting, transporting, packaging, or even at the storage facility in the shop.

It is always safe to eat fully cooked foods as all bacteria will be eliminated during cooking.

The expecting mother should always prefer to have home-cooked foods and avoid all ready-to-eat junk foods.